Once diagnosed with breast cancer it is essential to educate yourself about treatment options. Meeting with an experienced breast surgeon is important.

At the Center for Comprehensive Breast Care, your breast surgeon will consider a number of factors in order to provide the best surgical plan. These factors include: 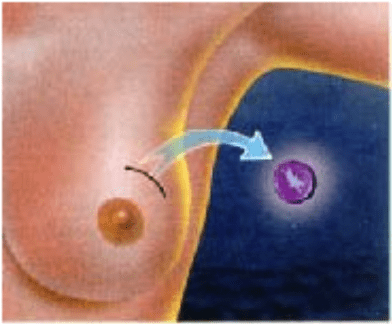 Removes only the tumor and a small rim of normal tissue around it.
Preserves the shape and contour of the breast.
If a breast cancer is not palpable, a wire may be placed preoperatively to help the surgeon determine which portion of breast tissue to remove.
May require additional surgery if the 1st lumpectomy tissue had positive margins (cancer extending to the edge). 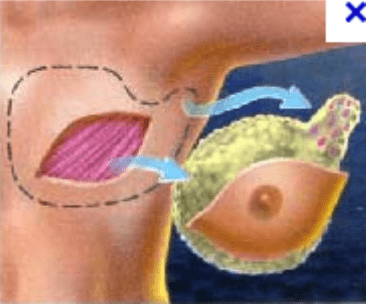 Surgical removal of the entire breast.

Skin sparing mastectomies and reconstruction
Popular alternative to traditional mastectomy for treatment and prevention of breast cancer in selected patients.
Involves removal of the breast gland with preservation of the native overlying skin.
Generally results in smaller, less obvious scars, and preservation of the patient's native skin envelop which can then be used to reconstruct the breast.

Skin and nipple sparing mastectomies are becoming a popular alternative to traditional mastectomy for both treatment and prevention of breast cancer. The skin sparing mastectomy involves removal of the breast gland with preservation of the native skin overlying the breast. This generally results in smaller, less obvious scars, and preservation of a patient's native skin envelope, which can then be used to reconstruct the breast, maintaining and sometimes improving the natural shape and contour of the breast. The reconstruction portion of the surgery is performed by a plastic surgeon. Typically, the reconstruction is performed in a staged manner. In order to see if the breast cancer has spread to the lymph nodes, a biopsy of the nearest lymph nodes is performed. The sentinel lymph node biopsy is an improvement on traditional axillary lymph node dissection, requiring far fewer lymph nodes to be removed than in the past. Lymph nodes in the armpit are sequentially aligned, if breast cancer cells are not discovered in the first (or sentinel) lymph nodes, then there is no need to dissect the subsequent ones. This helps avoid the removal of several lymph nodes under the armpit, a procedure known to cause unpleasant problems such as lymphedema (arm swelling).

Either on the day prior or day of breast cancer surgery, a physician or technician will inject a radioactive material into the breast to help locate the sentinel node. In the operating room the surgeon may also inject a blue dye as a second method of finding the sentinel node. Usually, 1-3 nodes contain either blue dye, radioactivity, or both. All such nodes must be removed and evaluated by the pathologist. This is generally done through a small incision hidden in a crease in the armpit. If no cancer cells are present, it can be assumed with over 90% certainty that there are no cancer cells present in any of the underarm nodes.

An axillary dissection is performed if a patient has a positive sentinel lymph node biopsy or palpable axilla lymph nodes that contain cancer on a preoperative biopsy. An axillary lymph nodes dissection is performed via an underarm incision and removes the area of fatty tissue in the armpit. This area of fatty tissue usually contains 10-20 lymph nodes. The tissue is sent to the pathologist and evaluated to determine the total number of lymph nodes and the number positive for cancer. This information will be used to determine your cancer stage and possible further treatment.

This approach requires the placement of a special tube with a balloon on one end in the breast where the cancer was. The tube comes out of the skin through a small hole. The tube and balloon are placed after lumpectomy surgery in a surgeon's office. During each treatment, a machine places a radioactive seed into the center of the balloon for 5 to 10 minutes -- just long enough to deliver the required dose of radiation. After the seed is removed, you may leave the treatment center. A total of 10 treatments are usually given over 5 days. That means two treatments per day, about 6 hours apart. When the final treatment is done, the balloon and tube are removed through the small hole in the skin.

Portacatheters are long, narrow, hollow tubes made of soft plastic that are often used to deliver chemotherapy. These catheters are placed completely under the skin and connected to a small plastic or metal disc called a port. During treatment, the port is accessed by an IV needle to infuse chemotherapeutic medication into the vein. Patients requiring long term chemotherapy may benefit for portacatheters as they spare the need for repeated peripheral IV placement.