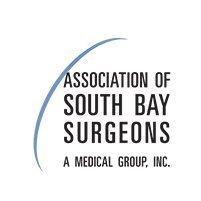 The thyroid gland can develop a number of different diseases that cause serious symptoms, and surgical treatment is often the best solution. The Association of South Bay Surgeons, located in Torrance, California and San Pedro, CA, offers a variety of treatment options customized to the patient. The thyroid gland is among the largest of the body's endocrine system glands. This gland is located in the bottom part of the neck, just over the trachea. The thyroid gland's main function is regulating metabolism.

What are common thyroid gland problems?

The thyroid gland can have several different disorders and problems. Goiters cause major growth of the thyroid gland. They don't always cause symptoms, but can cause throat issues, if severe. Thyroid cancer is one of the fairly common types of cancerous growths, but with treatment has a very good survival rate. Hyperthyroidism occurs when the body creates too much thyroid hormone, resulting in a too-high metabolism. Hypothyroidism is a common issue that occurs when the body doesn't make enough thyroid hormone, causing a sluggish metabolism. Thyroid nodules are quite common, and most of them are benign. However, nodules may sometimes need to be biopsied if they appear malignant. They can be surgically removed if necessary. In thyroiditis, the thyroid gland is continually inflamed and may cause pain or other symptoms.

What types of surgery are used to treat thyroid disease?

The surgery used for thyroid disease depends on the specific disease and on the anatomy of the gland. For example, if a nodule exists in just 1 lobe, the lobe itself can be removed. In cases where a large goiter compresses the trachea, a partial or total thyroidectomy removes the whole mass. In the case of thyroid gland cancer, a total (or near-total) thyroidectomy is typically the best surgical option. This surgery has the best chance of a complete removal of the cancer.

Recovery from thyroid surgery varies according to the specific operation. For most thyroid surgeries, patients expect to get back to their normal routine quite quickly. Even in a total thyroidectomy, most people resume regular routines within a week or so. However, major physical activity is usually restricted for about 2 weeks. If the entire thyroid gland was replaced, patients begin thyroid hormone replacement therapy to prevent their metabolism from slowing down too much.

Words from our patients